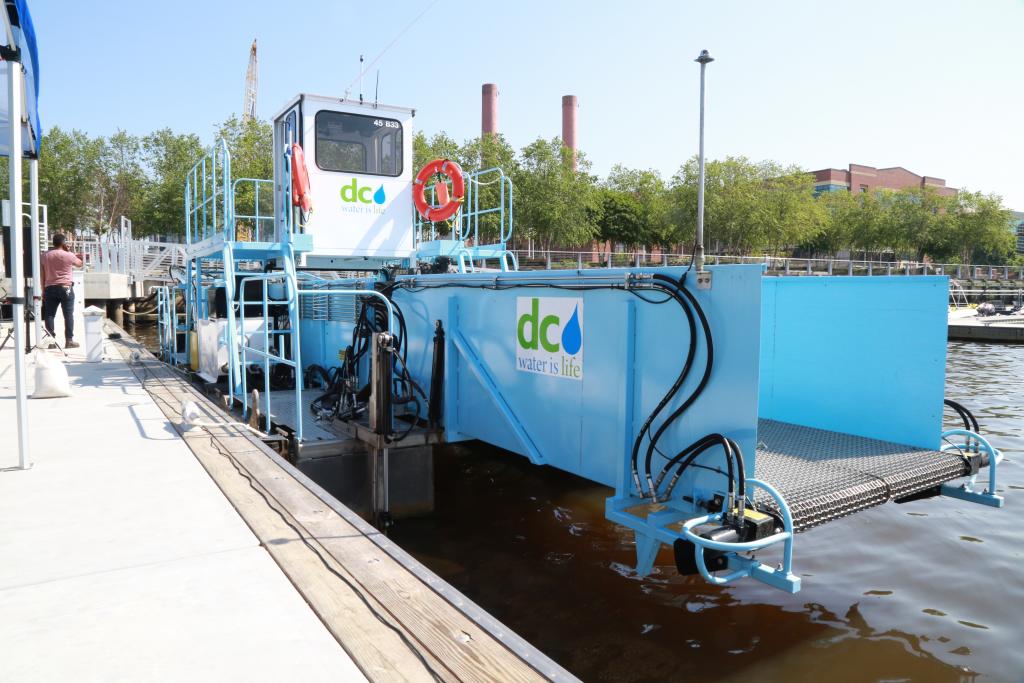 “Part of our work minimizing pollution includes using our skimmer boats every day to retrieve trash that has washed into the waterways,” Hawkins said. “These new modern boats will help us do more to make the river inviting and appealing to everyone.”

Allen said: “These boats a big investment by DC Water to reclaim our rivers. They will literally be pulling tons of trash out of the Anacostia and Potomac rivers as we continue to improve the health of each river while reacquainting our community with how beautiful – and important – these waterways are.”

“The Anacostia and Potomac Rivers are an important part of our culture in the District of Columbia,” said Wells. “These new skimmer boats, designed to collect trash and litter, will play a crucial role in our ongoing efforts to ensure our rivers are fishable and swimmable for generations to come.”

DC Water pioneered the skimmer boat cleaning process back in 1992. The program has been an enormous success, with 300-500 tons of trash removed from the waterways of the District of Columbia every year. The boats and the DC Water crew that pilots them and their role is most noticeable after heavy rains when floating trash washes in from stormwater run-off and sewer overflows.

DC Water will implement the first component of a huge underground tunnel system to reduce sewer overflows in the spring of 2018.  Yet significant trash and debris will still wash into the District’s waterways from streets, parking lots and storm drains – both in the District and from upstream in Maryland and Virginia. DC Water’s personnel and the new skimmer boats will be at the ready.

The two new boats cost $484,000 each, were built in Wisconsin and delivered to DC Water recently. Each boat is 50 feet long, 13 feet wide and weighs 26,000 pounds. They each feature an aluminum cab with tinted windows and both a captain and passenger seat; the older boats did not offer the same features and were dated.

City leaders announced a contest to name the two new boats and encouraged residents, and especially children, to submit ideas via Facebook, Twitter, Instagram or Snapchat. More than 100 ideas poured in and the 3 top finalists were out before the public for a vote. Flotsam and Jetsam easily beat out the other nominees. 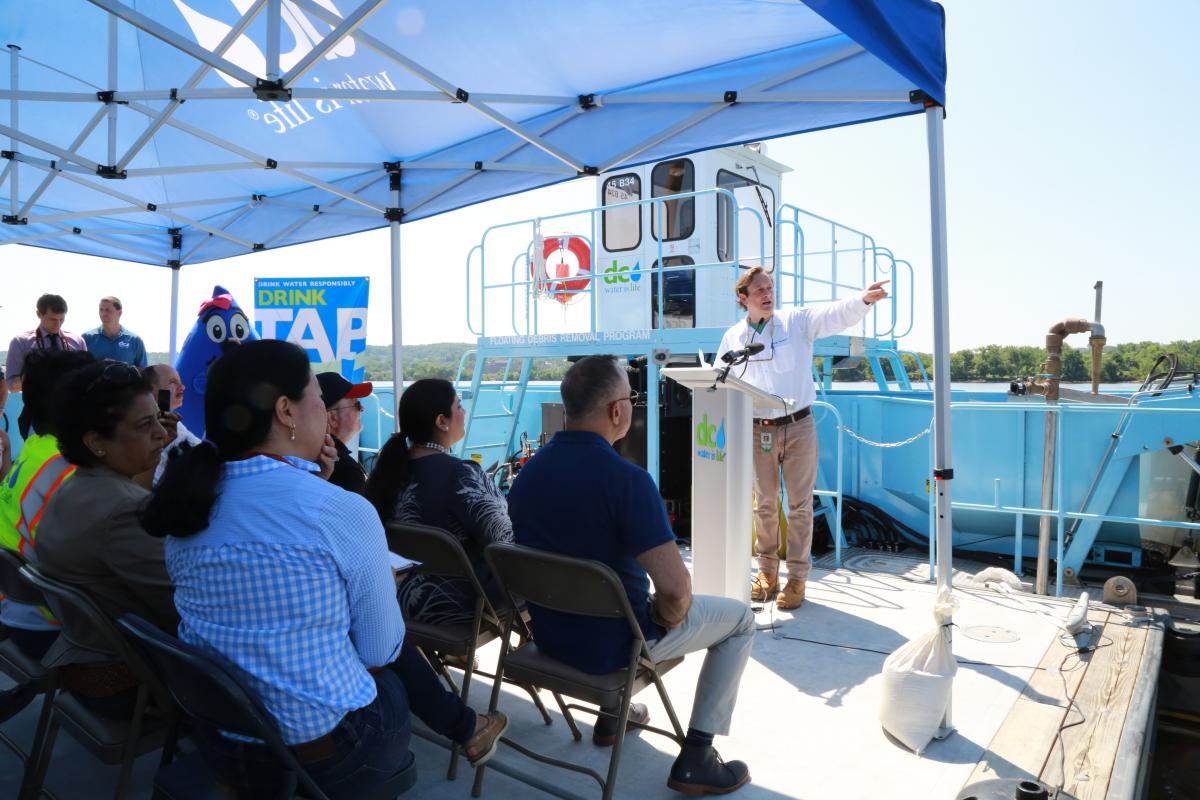