Home About DC Water Who We Are History History - Water System 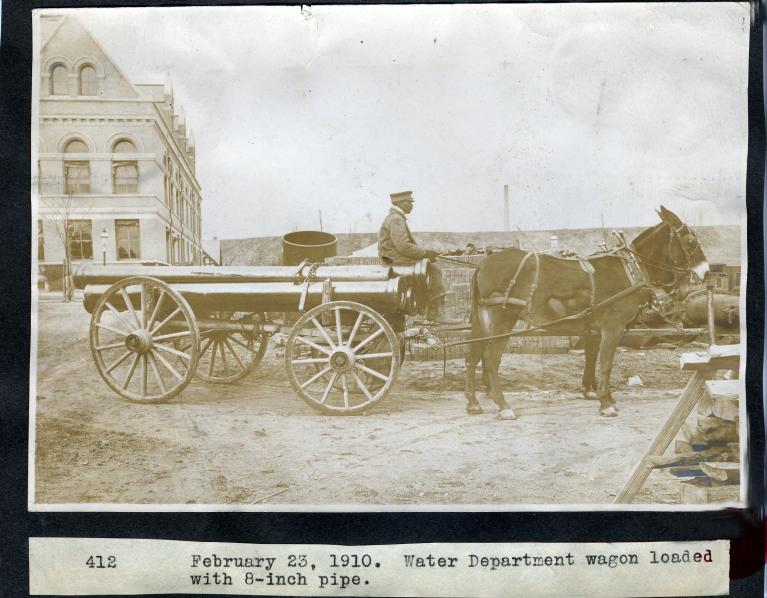 Early settlers in the District of Columbia were dependent upon local springs for their water needs. Three downtown sections of the city were supplied by the following springs: the City Spring on the north side of C Street, NW, between 4th and 6th Streets; Caffery's Spring (or the Hotel Spring) at the northwest corner of 9th and F Streets, NW; a spring on the public space property located at 13th Street, NW, north of Eye Street; another further west, near the center of Franklyn Park, (now Judiciary Square); and, Smith Spring, now the McMillan Reservoir. Other springs provided water to other existing neighborhoods at that time.

The earliest documented instance of piping water throughout the D.C. streets for public use was in 1808. At that time, the city permitted residents living in the 600 block of Pennsylvania Avenue, NW, to "convey" water from the city spring to their neighborhood.

The first appropriation of public funds for a project to pipe water for residential use was on August 4, 1809. The District of Columbia Government allocated three hundred dollars for pipe construction to convey water from Caffery's Spring to the northwestern Pennsylvania Avenue vicinity, specifically between 9th and 14th streets. The spring water piping systems were replaced and extended from year to year.

By 1850, Pennsylvania Avenue, from First to 15th Streets, and to the north of Pennsylvania Avenue were supplied with pipes that were primarily used for public hydrants or "pumps". By 1909, most spring lines had lost favor with residents and were replaced by new pipe extensions.

In an 1850 congressionally funded engineering study, the District's principal water source was identified as the Potomac River. The majority of the work on the study was done under the leadership of Lieutenant Montgomery C. Meigs, who later served as Quartermaster General of the Army. Lt. Meigs is credited with planning and building the structures and facilities that became the Washington Aqueduct. Water first reached the District through the Water Aqueduct system on January 3, 1859.

As originally designed, the Washington Aqueduct system was believed to be sufficient for the future water needs of the city. However, by 1902, it was no longer adequate due to population growth and the need for a filtration system. Therefore, in 1905, a 75 million gallon per day (MGD) slow-sand plant was added at the McMillan Reservoir and the large Bryant Street high-lift pumping station was built.

Following World War I, the area experienced another sharp increase in population and a new 80 MGD rapid-sand filter was built in Dalecarlia. The continuous population growth of our nation's capital during World War II made it necessary to further expand the water supply system. On February 8, 1946, the District Engineer, the United States Engineering office, and the Engineer Commissioner of the District of Columbia submitted a joint report to Congress that contained comprehensive plans to construct, improve and add to the existing water system.

For more than thirty years, implementation of the plan underwent periodic modifications through changing requirements and increases in necessary funding.