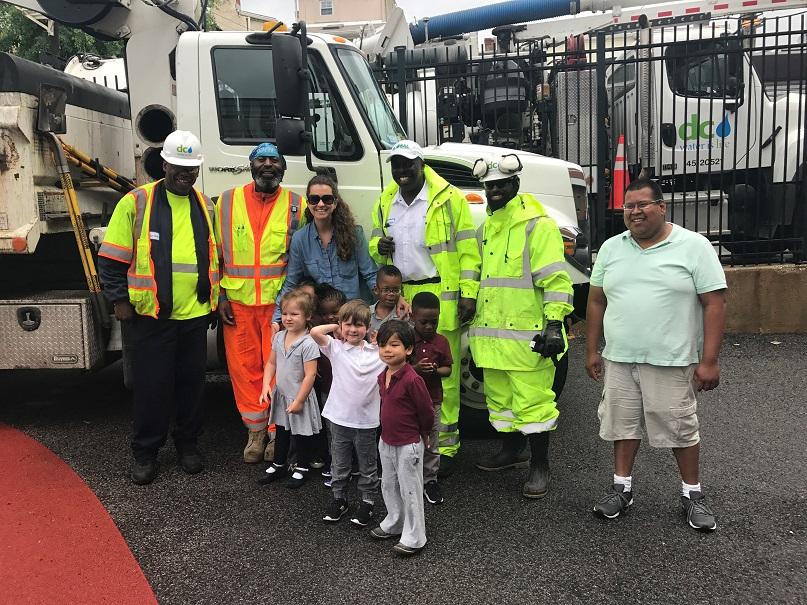 While it is normal for us to be alerted about clogged storm drains by residents, it’s not often those residents are under the age of five! But that notion was turned on its head by the prekindergarten class at J.O. Wilson Elementary School in Northeast DC. They likely made DC Water history by being the youngest residents to alert us to a storm drain filled with debris and in need of immediate attention. 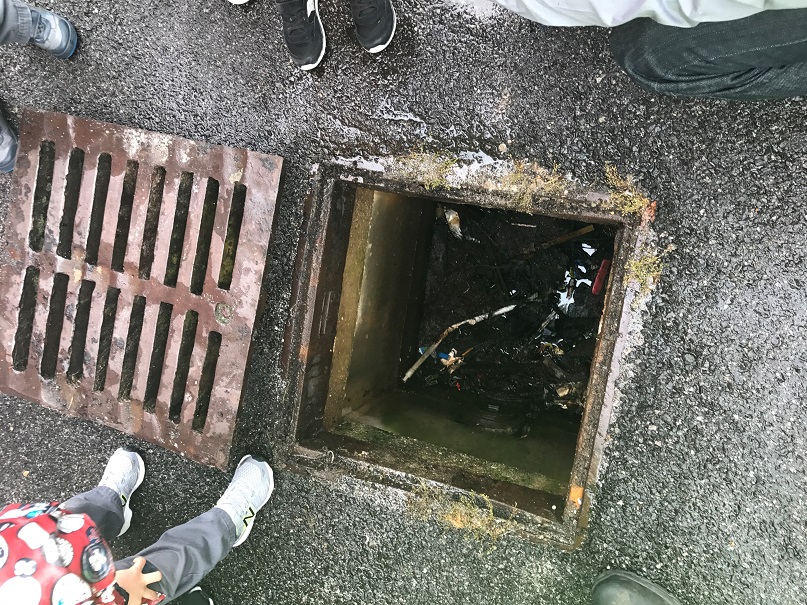 The students, ages three and four, discovered that the storm drain on their playground was not draining. The cause, as they described it, was due to it being filled with trash “from the big kids.” They were very concerned about the trash reaching the Anacostia River and harming animals like their class pet, Mr. Turtle.

When we explained the cleaning process, and how we would need to bring large trucks weighing over 26,000 lbs. such as the Jetvac and the Stetco, the excitement in their eyes sparked an idea. Why not provide them with front row seats to see how we clean all 25,132 storm drains in the District? 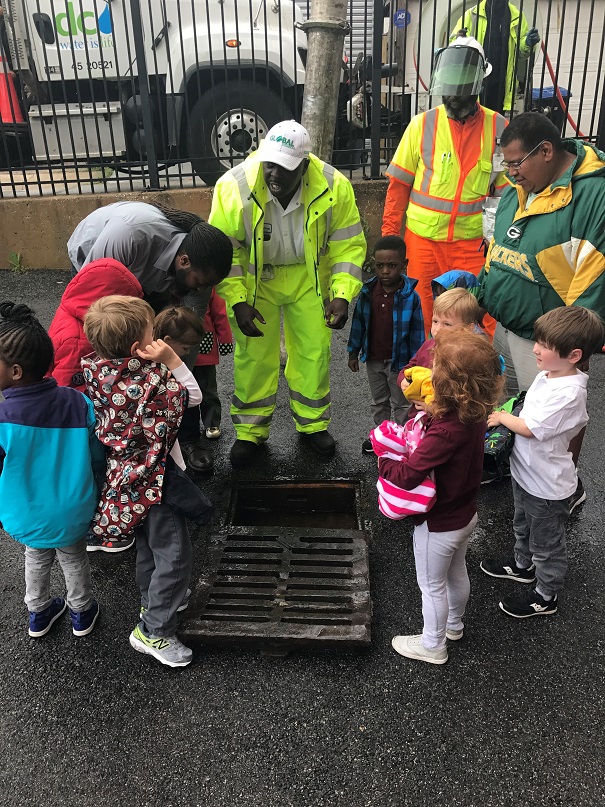 So, that’s what we did. Working with the class teacher Georgina Ardalan we arranged for some guest educators to visit the school on May 25.  Jonathan Wiley, Leonard Morton, Jeffery Gamble, Joseph Flucas, and Kevin Jhingory - members of Team Blue’s Sewer Services Department – made a special trip to clean the drain, allowing the students to watch step by step. “We’re always happy to respond to a storm drain needing to be addressed, but never have we had an audience cheering us on while we do it,” said Mr. Gambel, Utility Service Worker. Mr. Jhingory, Utility Services General Forman was happy to have his crew on location to perform and explain the steps. “We have never considered this routine maintenance to be a magic trick,” said Jhingory. “One of the kids kept repeating this was the coolest magic trick he had ever seen!”

Our team was clearly impressed with the students’ enthusiasm, and the students were apparently impressed as well. Ms. Ardalan reported back that the class created a book about their experience with civic engagement and they can’t wait to share the book with other classes and to put a copy in the library other children can check out.

Great job all around to keep trash out of our waterways!