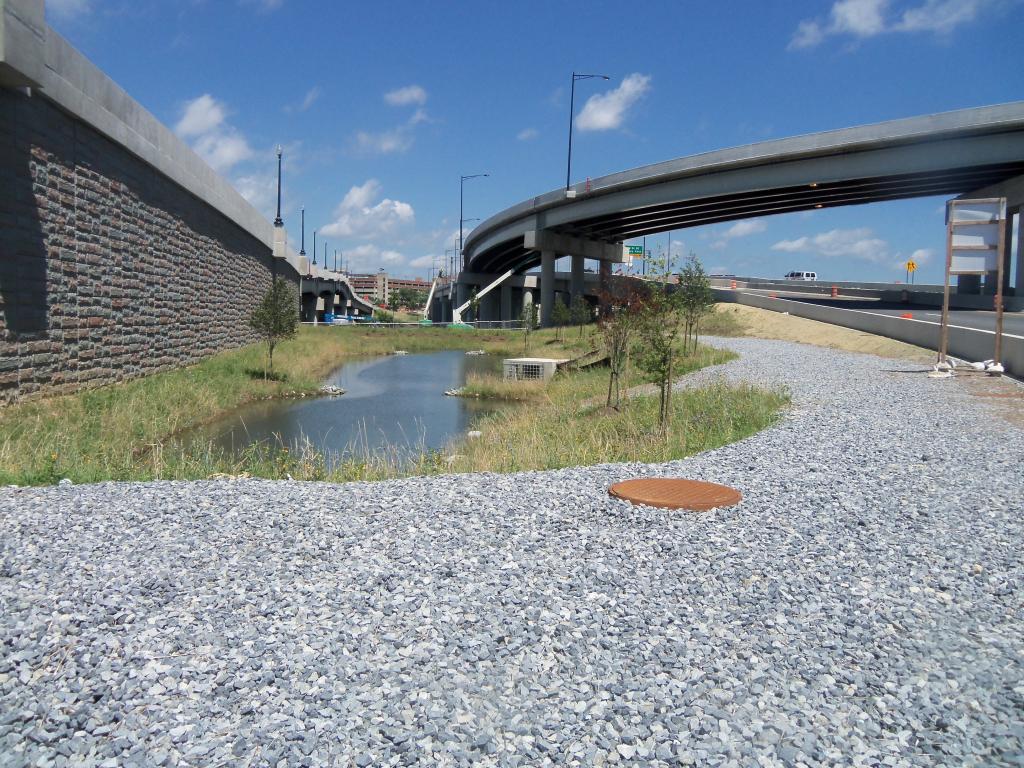 When DC Water’s engineers first learned of the major 11th Street Bridge Project proposed by the District Department of Transportation (DDOT), they realized that part of the Clean Rivers Project would have to be built first before the major bridge abutments and ramps were put in place. DC Water had planned future work on the adjacent Combined Sewer Overflow (CSO) 007. Since CSO diversion facilities have to be located somewhere along the overflow sewer there wasn't much flexibility in the location of the tunnel infrstructure, but there was flexibility in timing.

This could have posed an enormous problem to both agencies, since Clean Rivers work would have disrupted the DDOT project down the line and, on the other hand, DC Water would have begun construction after bridge abutments and other massive structures were already built, making it very difficult to work around. But, communication and coordination between the two agencies brought about a solution that works for both.

DC Water provided DDOT with design plans for the CSO 007 Diversion Sewer Project with the emphasis on the elements that needed to be completed in advance of DDOT’s bridge work. These elements included a diversion chambers to capture CSO's and a new sewer to deliver captured flows to the Anacostia River Tunnel.

The project was completed as part of the 11th Street Bridge Project in early 2013. The diversion chamber and sewer were placed into permanent operation in March 2018. 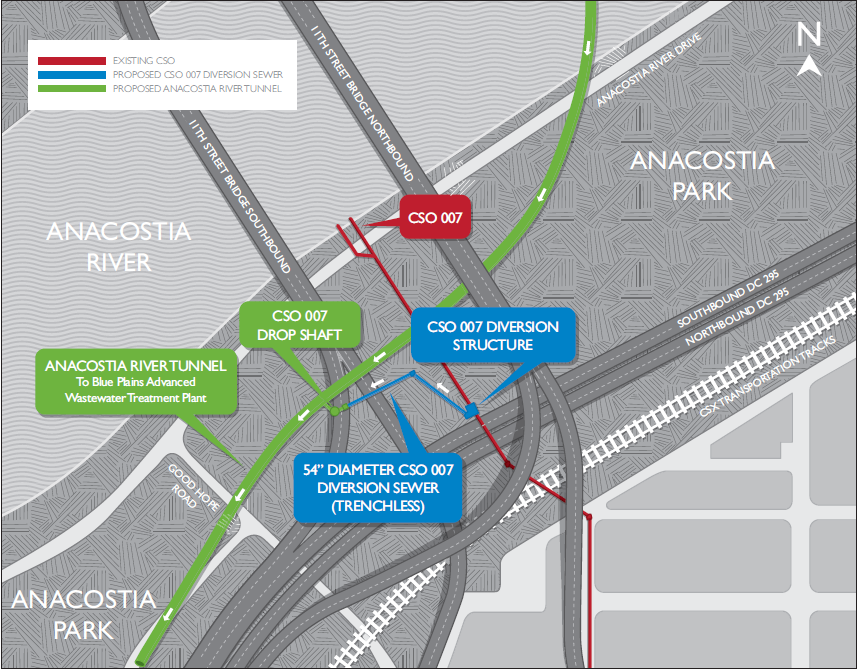