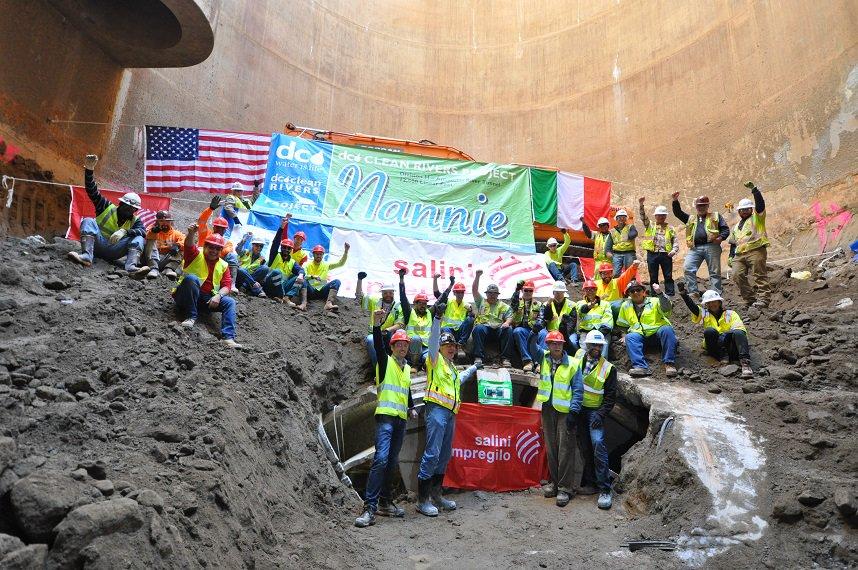 The Anacostia River Tunnel Project is the second in a series of four tunnels that mitigates combined sewer overflows that are currently discharged to the Anacostia River. The 23-foot diameter tunnel is approximately 12,500 feet in length and extends from Robert F. Kennedy (RFK) Stadium in northeast DC to Poplar Point in southeast DC. In addition to the tunnel, DC Water has also built surface facilities to divert the combined sewer overflows to the tunnel at various sites along the I-295 corridor, M Street SE and the Southeast Freeway. These facilities include deep shafts that range from 20 to 60 feet wide and large concrete structures to divert raw sewage from being discharged to the Anacostia River. The construction of these facilities was unparalleled in the District. Not since the construction of the original sewer system in the early 1900s and the Metro has the District seen construction of this magnitude.