DC Water At A Glance 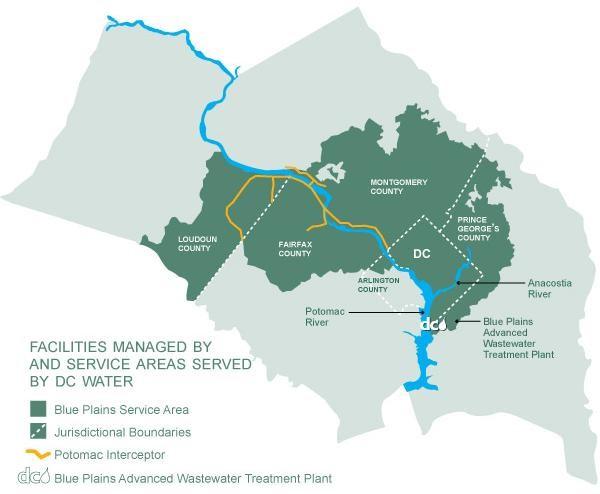 The District of Columbia Water and Sewer Authority (DCWASA) was created by District law in 1996, with the approval of the United States Congress, as an independent authority of the District Government with a separate legal existence. In 2010 the Authority rebranded and became DC Water.

DC Water provides more than 700,000 residents and 21.3 million annual visitors in the District of Columbia with retail water and wastewater (sewer) service. With a total service area of approximately 725 square miles, DC Water also treats wastewater for approximately 1.6 million people in neighboring jurisdictions, including Montgomery and Prince George’s counties in Maryland and Fairfax and Loudoun counties in Virginia.

Blue Plains Advanced Wastewater Treatment Plant is located at the southernmost tip of the District, covering more than 150 acres along the Potomac River. Blue Plains is the largest advanced wastewater treatment facility in the world.