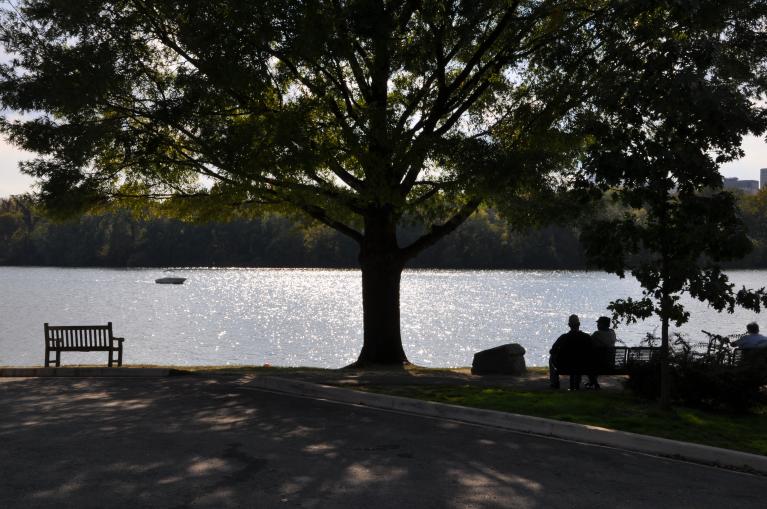 The Chesapeake Bay is the largest estuary in the United States and is rich in history and natural beauty. In 2010, the U.S. Environmental Protection Agency established a "pollution diet" to restore clean water in the Chesapeake Bay and the region's streams, creeks, and rivers. Protecting this natural treasure is an important and complex task, involving the federal government, six states and the District of Columbia.

DC Water has long been a leader in working to clean up the Bay by voluntarily reducing nitrogen levels and exceeding goals established by the Chesapeake Bay Agreement. DC Water has invested upwards of one billion dollars in upgrading treatment processes to meet or exceed the EPA’s goals of nitrogen reduction in the Bay.

While Blue Plains is the largest single point source discharger to the Chesapeake Bay, that only accounts for roughly 2 percent of the bay's nitrogen. Two-thirds of the nitrogen load in the Bay comes from agricultural and airborne influences. Although plants and animals need nutrients to survive, when too many nutrients enter waterways they fuel the growth of algae blooms and create conditions that are harmful for fish, shellfish and other underwater life.